Use of metal
for roofing

Whether just for finishing work or for producing a whole roof, metal is used throughout the roofing business. Dimos offers a special range of tools for metal finishing work and metal roofing jobs. 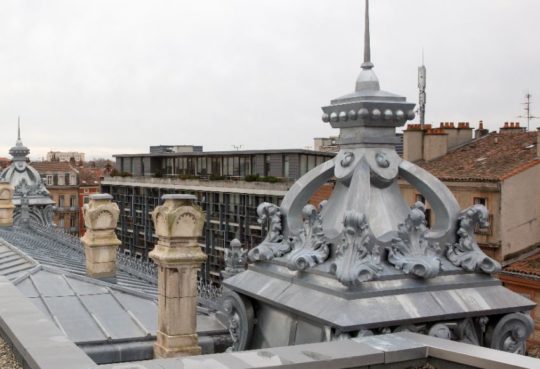 A short history
of metal roofs

The use of metal in the construction of roofs is far from recent. As far back as Roman times, not only zinc was used for roofing houses, but also gold and copper for decoration.

In the Middle Ages, copper or lead was used for very steep roofs, such as cathedrals, which required lighter structures.

In the 19th century, with the advent of industrialisation and the Haussmann era, the use of zinc metal roofs experienced a boom first in Paris, then in large conurbations, notably thanks to the industrial production of metal sheets.

Nowadays, metal is more popular than ever: it is no longer only used in the construction of the roof, but the entire building envelope. When applied on cladding or the soffit, metal can transform the architecture of buildings. The combination of the different metals available and all the finishes in terms of colour and texture offer an infinity of possibilities.

There is a very wide choice indeed of metals used in the production of metal roofs. While zinc is the most commonly used metal in Europe, other metals offer interesting properties as a roofing material.

It is also possible to use oxidisable materials, provided they are coated with one or more protective layers. In North America, the use of steel decks is particularly popular. 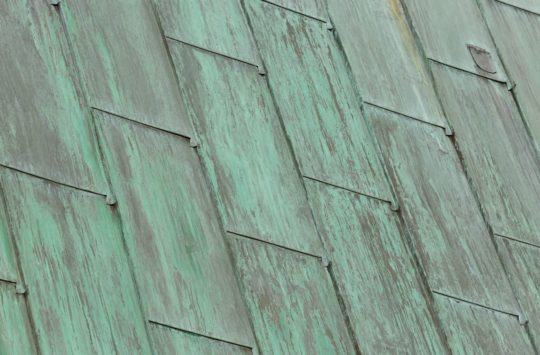 Metal can be used to add finishes to a slate or tile roof, or to construct an entire metal roof using small or large elements. 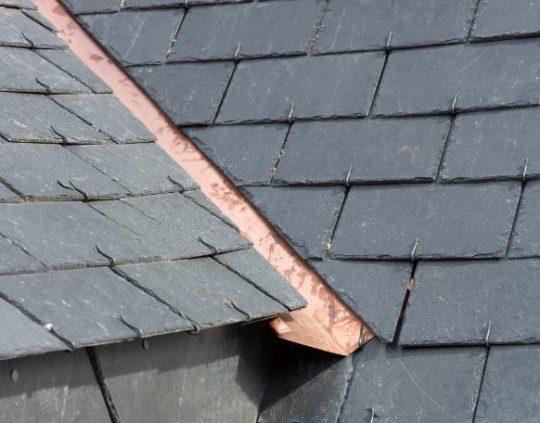 ‘Zinc’ work is most commonly done using zinc, but roofers can also use other metals such as lead or copper. It can even be done with more precious metals to produce a more ornamental effect.

Metal of course can also be used as the main roofing element. In this case, the roof is composed of small elements (e.g. metal shingles or tiles) or larger roof elements. Larger roof elements include metal sheets shaped to fit together to form a unified covering. Many different forms of joints can be used to connect these elements together, the most common in Europe being the double lock standing seam.

While zinc is the most common metal used for roofing, it is possible to shape other metals. 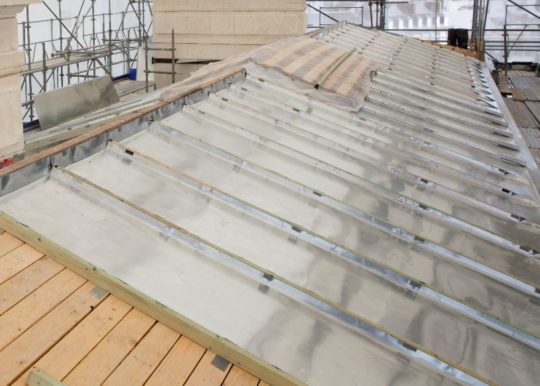 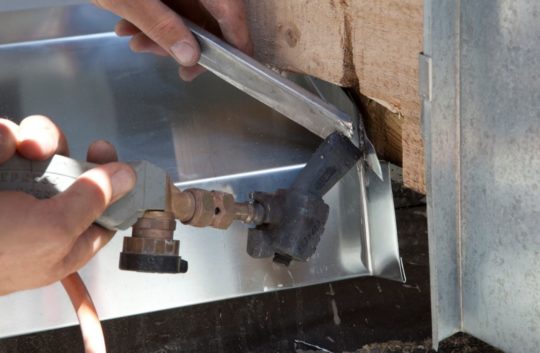 Even though the necessary techniques and equipment for fabricating a metal roof are now accessible to roofers, it still requires a high level of technical skills.

The linkages between metal elements are generally obtained through welding or folding, where each technique has its own advantages.

Although welding is possible in many roofing configurations, it has the disadvantage of preventing metal expansion. In addition, certain materials or finishes used on the materials make welding impossible.

Finally, malleable metals, such as lead, can be laid more easily.

To ensure maximum efficiency, roofers need to choose the best approach taking in account a whole number of factors depending on the nature of their activity (e.g. renovation/new construction, zinc work/element-based roofing, type of material and laying technique). A shaping workshop can be used to prepare elements in advance, and thereby increase productivity. This nonetheless requires roofers to prepare all the measurements meticulously beforehand, whereas by opting for a more flexible approach, a roofer can adjust to any last moment changes at the site, and be more mobile.

For finishing work, zinc workers will use a lot of hand tools: hand shears, tweezers, various type of pliers and welding equipment. They will also require small, mobile folding machines that they can easily take on the worksite to fabricate gutters, as well as large format machines they can use in the workshop.

To fabricate large roof elements, the roofer will need specialised machinery for cutting, shaping and curving the metal in large quantities. Some of these machines can be tailored to be used on-site, others to the workshop.

Discover our range for Material processing 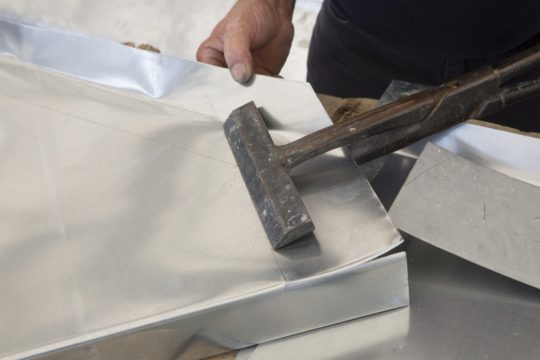 Discover all the news of Dimos and the roofing market. 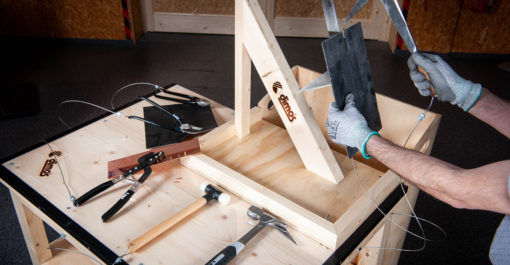 Product Focus -
The roofer’s workbench from Dimos
Created for roofing professionals, the Dimos roofing workbench will be your new training and demonstration essential. A tailor-made concept, designed,...
> 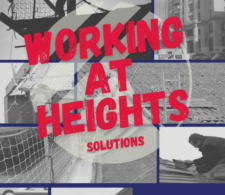 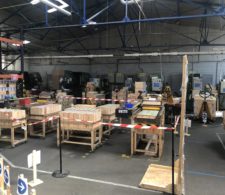 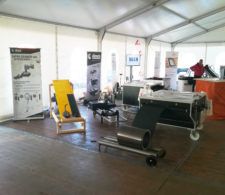 Need help? Just send us a message,
and one of our advisors will get back to
you as soon as possible

Catalog
Consult the Dimos catalog. The product pages will soon be online in the section "Dimos solutions"

Receive our news
I would like to be informed of business offers and latest news.